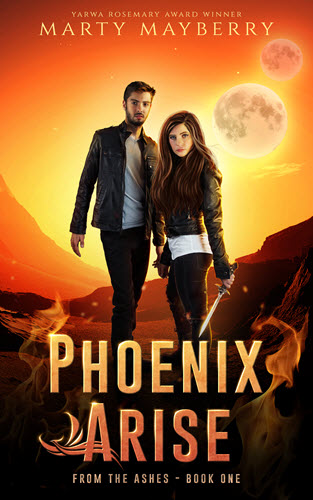 Part of the From the Ashes series:

Lesha & her little brother escaped dying Earth for a new life. But when their ship crashes with few survivors, it's a fight to remain alive. And something is hunting them...

When seventeen-year-old Lesha and her little brother, Joe, win spots on the newly-colonized planet, Eris, escaping the dying Earth can't come soon enough. It's a new chance at life--if eating dehydrated food and playing mole in an underground bunker on Earth can be called living. But their starship crashes in Eris's wasteland, leaving her, Joe, and her crush, Malik, stranded with only a few other survivors.

The government was dead wrong when they labeled Eris safe. If the blistering heat doesn't kill them, starvation and thirst just might. Then Eris's twin moons rise and creatures wiggle up from the sand, biting and killing a man. If that isn't enough to make her want to return to Earth, someone goes missing. Lesha stumbles over his remains on display, and it's clear something stalks them. Something predatory. Something else.

Fights break out, splitting the group, and Lesha teams up with Malik to get everyone to safety. Locked in a life and death struggle to cross the desert and reach the colony, Lesha must work with the others to outwit the hunters. If she doesn't, she could become the stalker's next victim.

Phoenix Arise is the first book in the From the Ashes duology. Look for book two and the conclusion of the series, Falcon Ascend, in 2021.

This book won the YARWA's Rosemary Award for Speculative Fiction under the former title, Phoenix Rising.