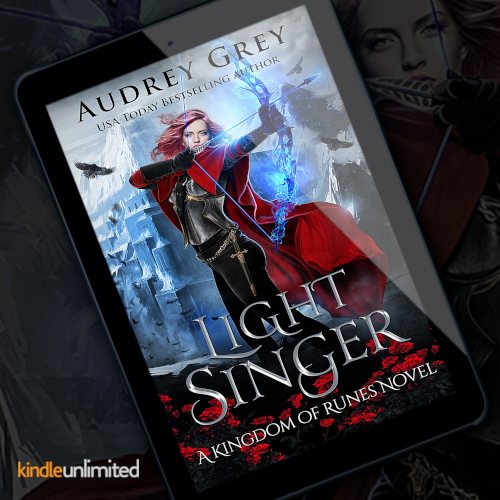 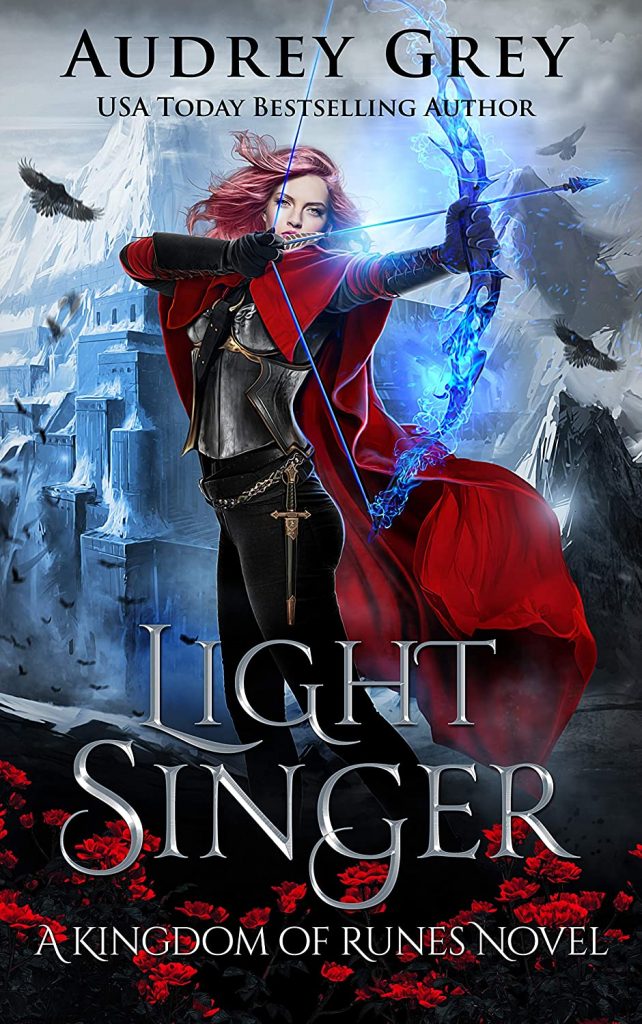 Haven escaped the clutches of the new Sun Sovereign and found solace in Shadoria, but for how long?

Now that the extent of her powers is known, Solis, Noctis, and mortals all hunt her. Meanwhile, chaos reigns across the land. The immortal realm is ruled by a depraved King who will stop at nothing to reclaim Haven as a weapon, while the mortal lands must choose between serving a tyrant or following Prince Bell, the Kinslayer.

And below, in the Netherworld, a great evil awaits, amassing an army of untold powers.

Hunted, plagued by doubt, and torn between duty and love, Haven must find a way to broker peace between the nations before it’s too late.

Welcome to the Kingdom of Runes where immortals and humans clash, light and dark magic reign, and mythical creatures lurk in the shadows. If you like fierce heroines, enemies-to-lovers romance, wild plot twists, and endearing characters that stay with you long after you reach the end, you need to discover the book readers are calling dark fantasy at its best. Just make sure to clear out some space on your calendar first!

KEEP READING TO SEE AN EXCERPT & ENTER THE PAPERBACK GIVEAWAY!

“That particular type of jellyfish is called the white-death,” a familiar voice drawled behind her. “One brush of its tentacles could kill one hundred mortal men.”

She turned to face Stolas, her back pressed into the pale wall of the alcove, stomach tightened against the rush of heat she’d come to expect at his presence. “Are there a lot of those on the coast of Shadoria?”

“No, they prefer the warmer waters of the mortal coasts.” He studied the jellyfish a few heartbeats longer before sliding that intense focus to her, her heart ratcheting into an erratic beat. “But I met many souls that ran afoul of the white-death’s lethal sting. Once an entire crew of shipwrecked sailors, in fact.” One corner of his mouth twitched. “I liked the sailors. They possessed a wonderfully crass sense of humor.”

Oh. After a few weeks of freedom, it was easy to forget what he had been before. The souls he’d spent countless years tormenting. “It almost sounds like you admire the jellyfish.”

“Perhaps I have a soft spot for murderous creatures.”

Something in his voice, or perhaps in the way he stared at her, made it suddenly very hard to breathe, and she felt just like those women he smiled at—one smile and she would melt. “Did you get tired of flirting with the females in the ballroom?”

“Was that what I was doing?” A flash of dark emotion glinted in his eyes, there and gone. “It was better than sensing their fear whenever I passed.”

The delicate light of a passing fish glinted along the dark blue feathers of his wings, held loose behind him. They flared a little as he took a step toward her.

On instinct, she tried to put space between them—only to remember there was nowhere to go. The cool glass pressed into her bare back as she flattened against it, Stolas closing the distance until he was nearly touching her.

Nearly, but not quite. As if an invisible barrier held him back.

All around them the sea life gathered, as if drawn by the powerful magick they felt oozing from Haven and Stolas.

“Are you afraid of me too, Beastie?” His breath caressed her lips.

The smell of him—irises and blood mandarin and musk—filled her senses and made her dizzy. Her heart pounded wildly against her sternum.

“But you are afraid of something whenever I’m near. If not me, then what?”

His question caught her off guard because—because he was right. Her heart was racing, her chest trembling with every inhalation, the muscles of her thighs and core gathering power, ready to flee. It happened every time he drew too near.

Every time they were alone, even briefly, and he looked at her the way he did now.

Stolas didn’t scare her, but this thing between them, the way her body reacted to his nearness, his scent, his magick—

She crossed her arms, not ready to deal with this tonight. “I’m not afraid, just tired.”

The lie came so easily. But she couldn’t do this. Not right now. Not with so much at stake and her nightmares still so close to the surface, ready to rip through her confident façade and ravage everything she cared about.

The tangle of emotions beneath her chest threatened to unravel any moment, as if tugging on one thread—any thread—would bring it all crashing down.

Archeron had seen to that. Just the thought of the visions prickled her skin with sweat, the image of Stolas hurt, Stolas dying, her heart shattering over and over as she relived losing him . . . runes.

“Tired. Right.” He inhaled deeply. “King Eros was right about one thing. Your flesh is still very much mortal, which means you can’t lie to me, nor can you mask your fear.”

“Maybe that’s why I’m afraid. No matter how much magick I possess, or how beautifully I dress the part, I will always be mortal, my fragile body slowly decaying, growing older, one mistake away from death.”

“We are all one mistake from death.” His full lips parted slightly as his heavy-lidded gaze swept down her dress, clinging to the curves. “But fragile and decaying are not words I would use to describe you.”

“Not yet, but the Solis and Noctis? That’s all they’ll think about when they look at me. Perhaps King Eros told the truth.”

A wicked grin carved into his jaw. “Oh, he most certainly did. You are mortal. You are beautiful. And you do fill out that dress—although he failed to mention how exquisitely. But that is not why your heart races, is it?”

Her dry throat scraped together as she tried to swallow. That thing inside her—the thing that twisted a little each time she was around him—throbbed almost painfully, cutting into flesh and bone with each turn.

Bad idea—this was a bad idea.

As she looked into that cruelly handsome face, the familiar planes of his too-sharp jaw and straight nose, the devilish mouth perpetually twisted in some private jest, those haunted eyes so full of emotion and now brimming with delicate hope . . . she understood.

She could love him, this broken, monstrous, beautiful Shade Lord.

That’s what scared her. 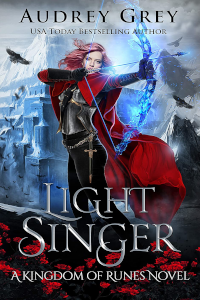 To celebrate the release of LIGHT SINGER by Audrey Grey, we’re giving away a paperback set of the first three books in the series! 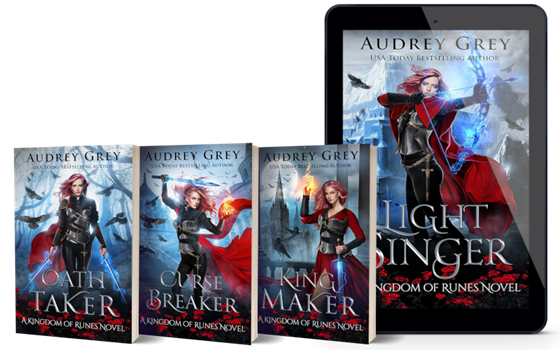 GIVEAWAY TERMS & CONDITIONS: Open to US shipping addresses only. One winner will receive a paperback set of Oath Taker, Curse Breaker, and King Maker by Audrey Grey. This giveaway is administered by BookMojo on behalf of Audrey Grey. Giveaway ends 12/31/2020 @ 11:59pm EST. CLICK HERE TO ENTER! 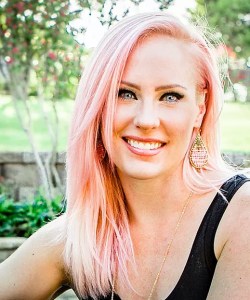 USA Today bestselling author AUDREY GREY lives in the charming state of Oklahoma, with her husband, two little people, and four mischievous dogs. You can usually find her hiding out in her office from said little people and dogs, surrounded by books and sipping kombucha while dreaming up wondrous worlds for her characters to live in.